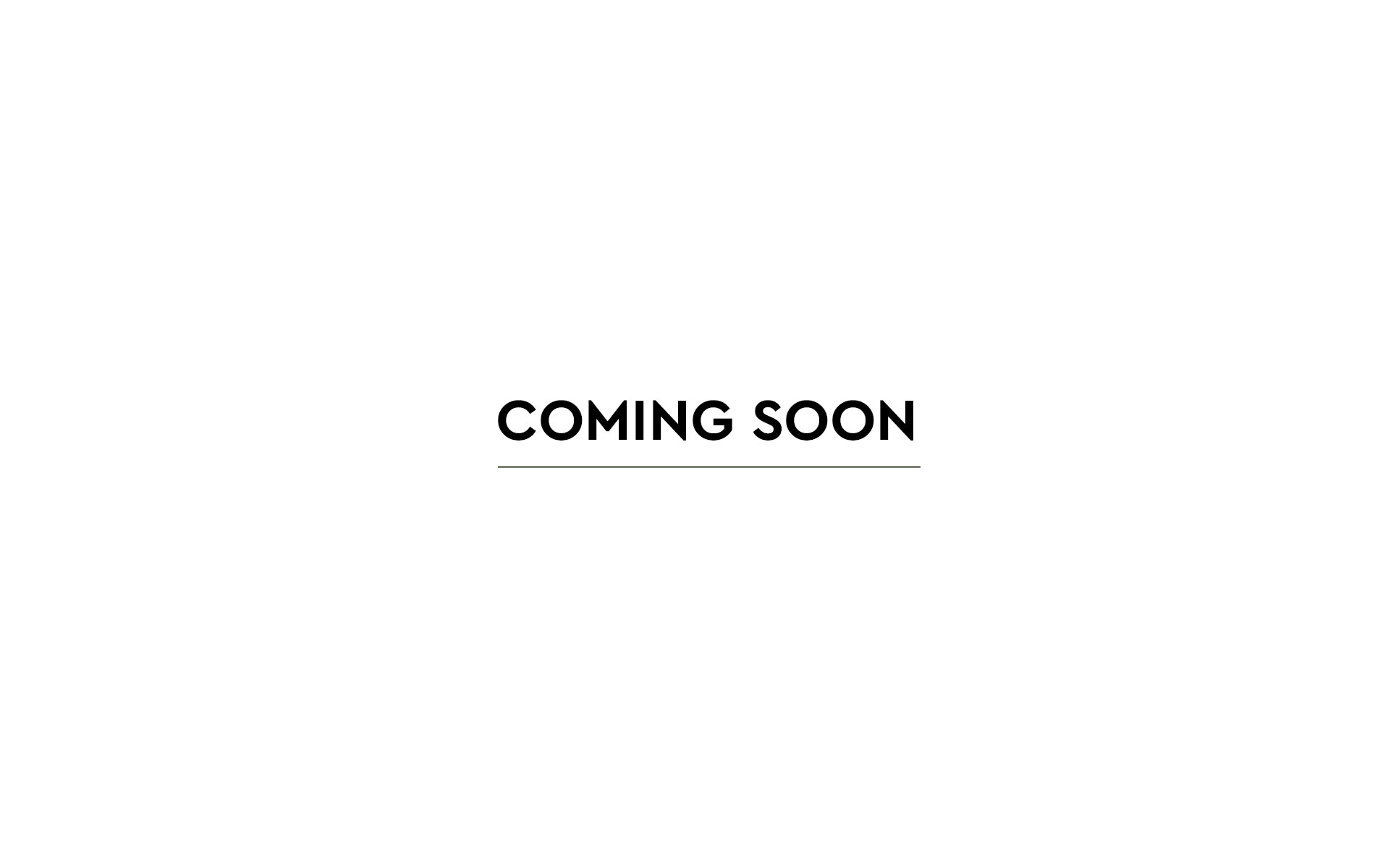 Spetses or else named Pitiousa after the plentitude of pine trees that the island had. Strong city of Athens and first Island to participate in the revolution of 1821, being the strongest Hellenic shipping power along with Hydra Island. We start from the main Port after a nice breakfast, have a little cruise to Old Port for a close look at the modern status and then we cruise 21 nm south to Kyparissi Bay.

Kyparissi was an ancient sanctuary of Asclepius and used to be known as Kyfanta. At some point in its history the people of this lush valley of olive trees, pine and carob left the coast and moved to a highpoint where the village was hidden from the sea and the pirates who raided the coast. This did not help them when some very determined  pirates climbed the mountain and slaughtered most of the villagers and threw their bodies in a well. The people who inhabit the region now are the descendants of those who stayed. We have a stop for swimming, sunbathing, have a snack or refreshment before we continue our trip.

We cruise southern in a distance approximately 10 nm to 12 nm for several stops in secret, crystal blue beaches and small blue lagoon waters for snorkeling and relax under the Greek sun, like Vlychada and  Balogeri Bays. The beautiful wild landscape of Vlychada, the tranquil atmosphere of Balogeri will amaze you!

Final destination is Monemvasia, only 13 nm southern of Balogeri. The town’s name derives from two Greek words, mone and emvasia, meaning “single entrance”. Its Italian form, Malvasia, gave its name to Malmsey wine. Monemvasia’s nickname is the Gibraltar of the East or The Rock. The Castle Town of Monemvasia is among the most impressive places in Greece. The town and fortress were founded in 583 by inhabitants of the mainland seeking refuge from the Slavic and the Avaric invasion of Greece. A history of the invasion and occupation of the Peloponnese was recorded in the medieval Chronicle of Monemvasia. From the 10th century AD, the town developed into an important trade and maritime centre. It remained part of the Byzantine Empire until 1460, becoming the seat of an imperial governor, a landing place for Byzantine operations against the Franks, the main port of shipment (if not always production) for Malmsey wine, and one of the most dangerous lairs of corsairs in the Levant. After the fall of Constantinople in 1453 Monemvasia held out against the threats of Sultan Mehmed II in 1458 and 1460, when it became the only remaining domain of the Despot of the Morea, Thomas Palaiologos, claimant of the Imperial throne. He had no forces to defend it; he offered it to the Sultan, and finally sold it to the Pope. The rock was governed by the Venetians until the treaty of 1540, which cost the Republic Nauplia and Monemvasia, her last two possessions on mainland Greece. Those inhabitants who did not wish to live under Turkish rule were given lands elsewhere. The Ottomans then ruled the town until the brief Venetian Recovery in 1690, then again from 1715 to 1821. It was known as “Menekşe” (“Violet” in Turkish) during Ottoman rule and was a sanjak (province) centre in the Morea Eyalet. The commercial importance of the town continued until the Orlov Revolt (1770) in the Russo-Turkish, which saw its importance decline severely. The town was liberated from Ottoman rule on July 23, 1821 by Tzannetakis Grigorakis who entered the town with his private army during the Greek War of Independence. A walk around the Castle Town is a travel to the past, while the sea view from the castle top is breathtaking. Enjoy a nice meal to the traditional restaurants in the Castle, buy some unique souvenirs, jewels and feel the vibes of this great castle.

We return trip back to Spetses will provide you a more romantic atmosphere and feeling as the sun sets right in front of us. 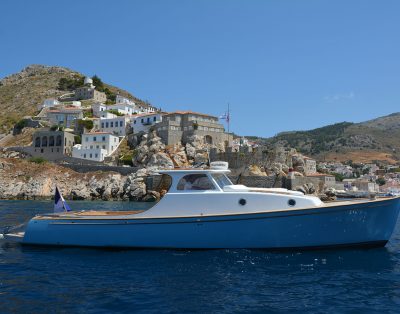 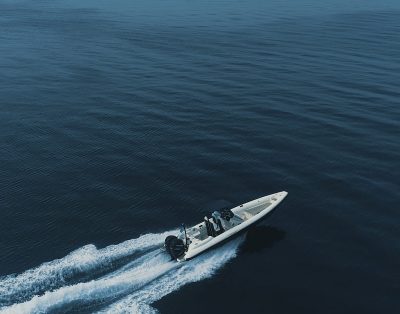 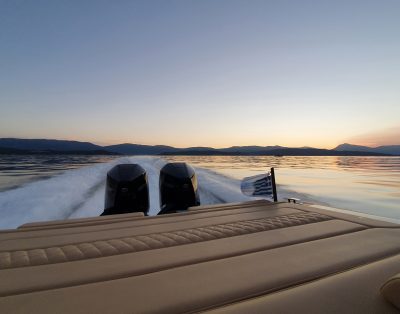