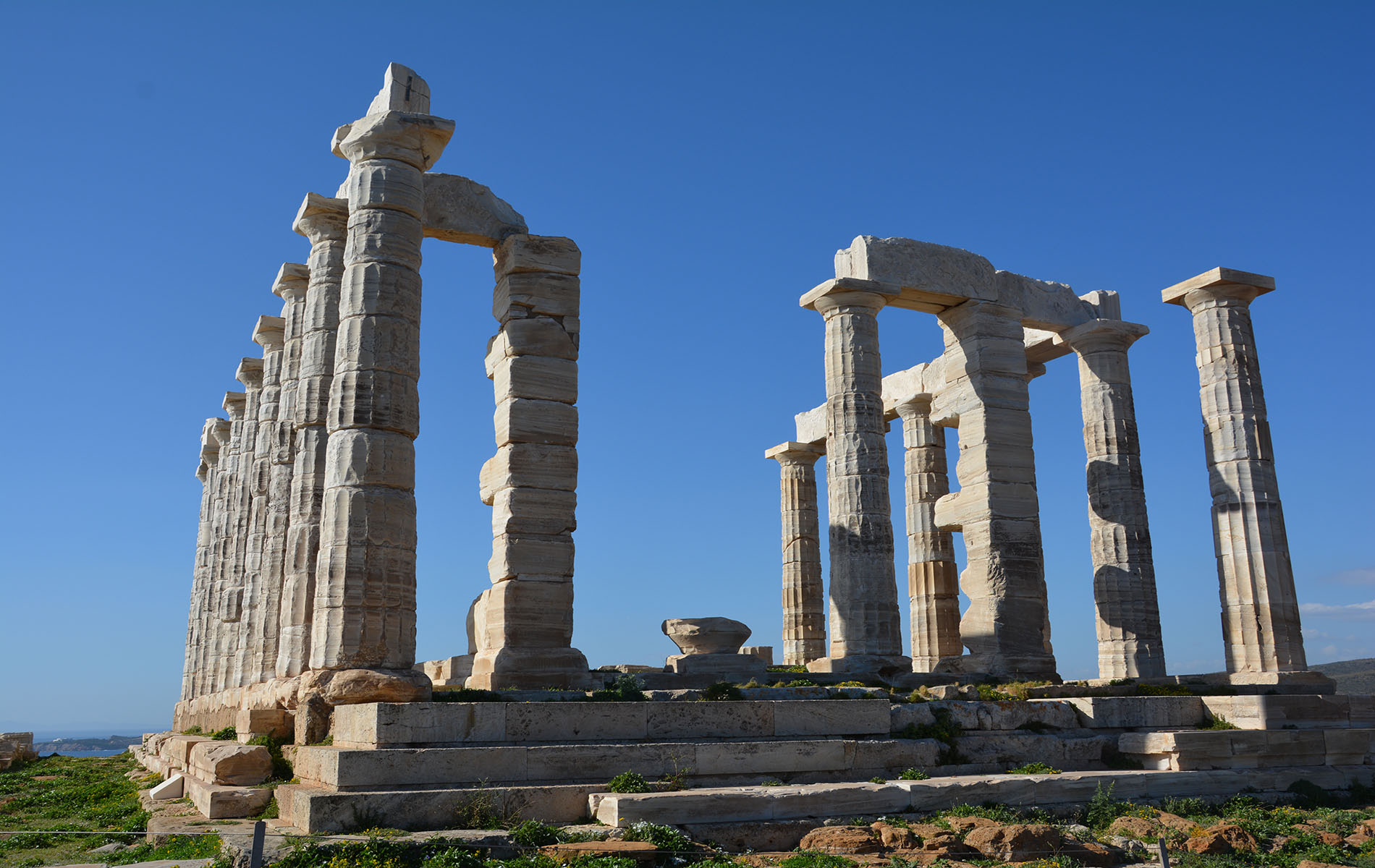 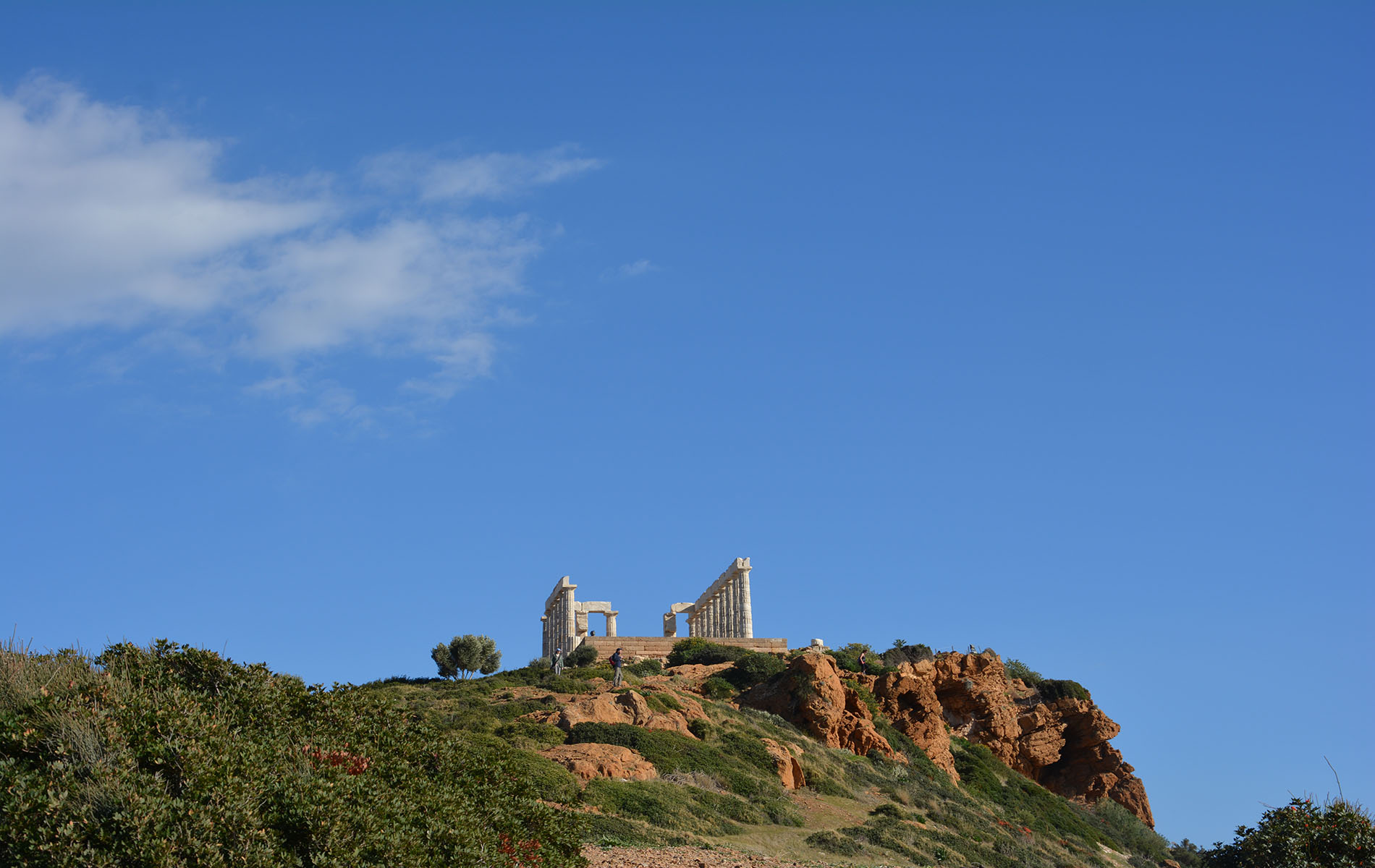 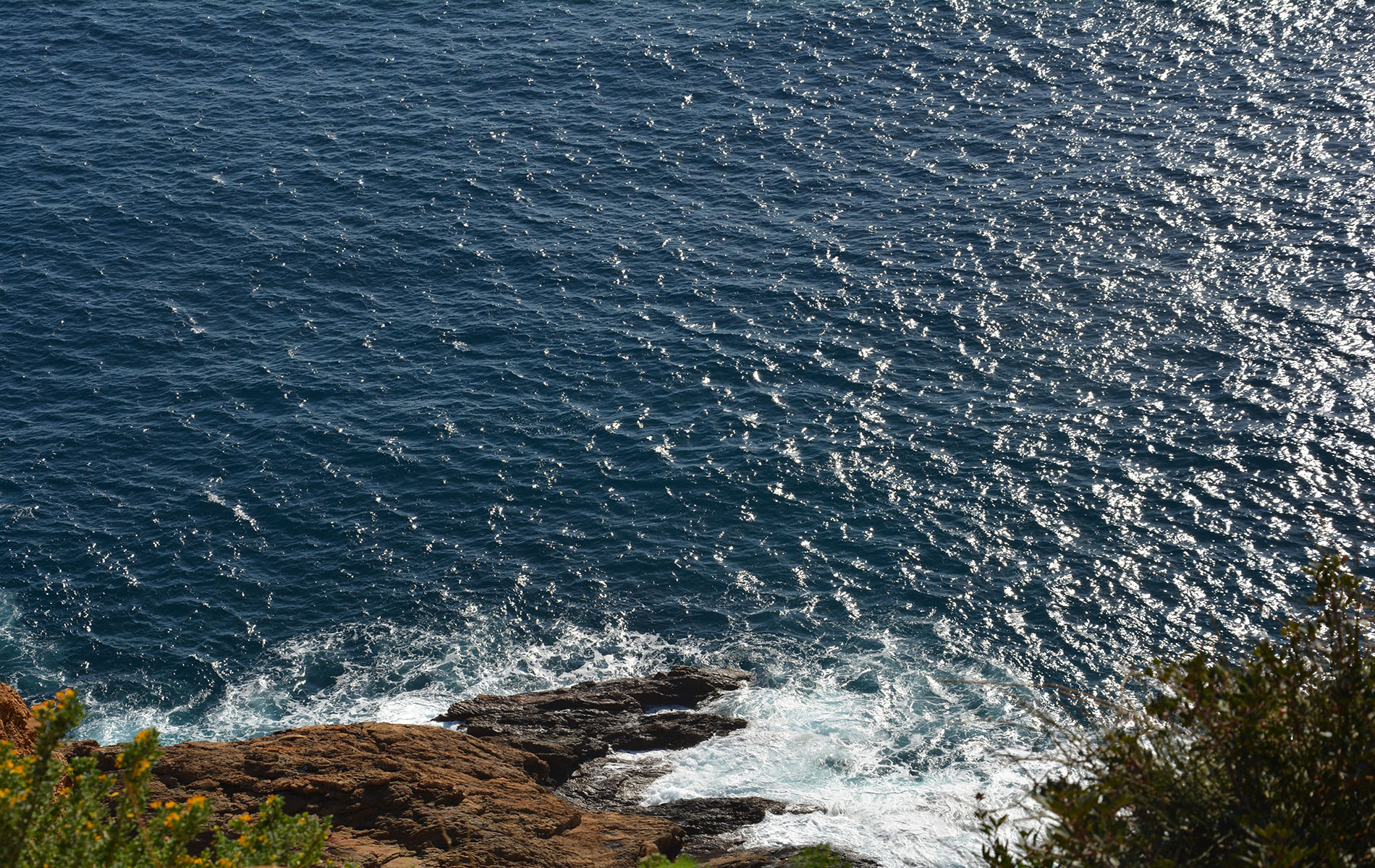 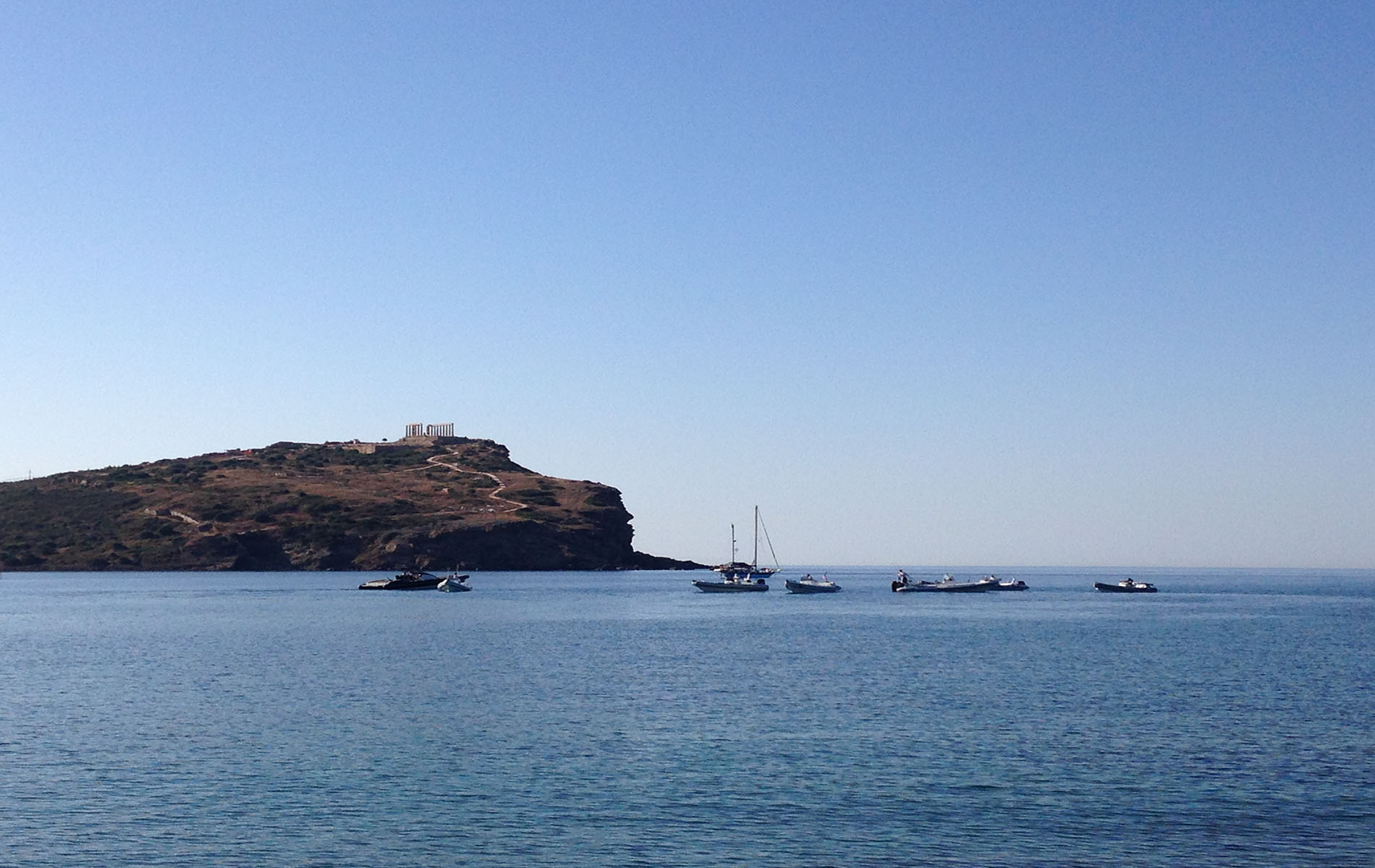 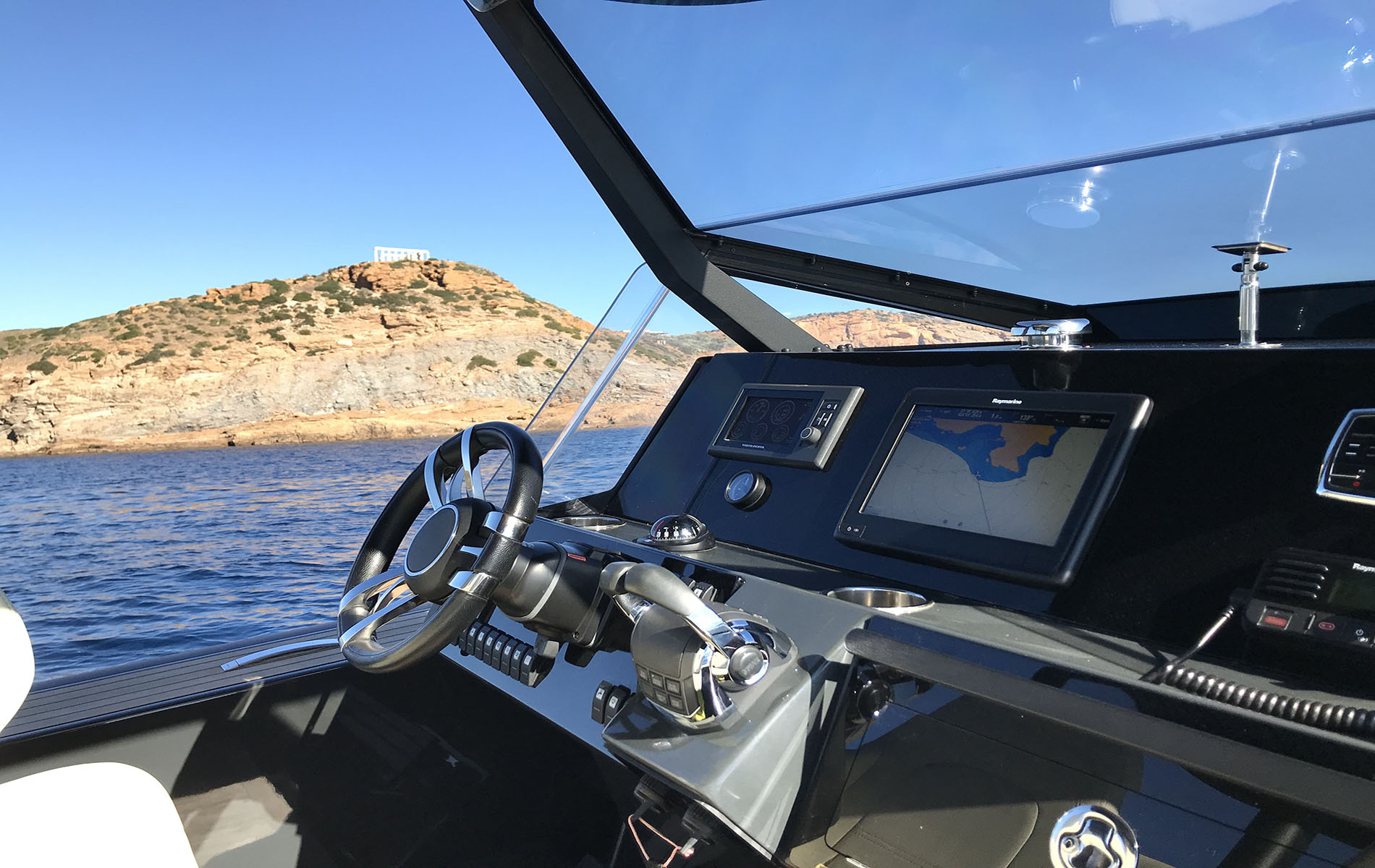 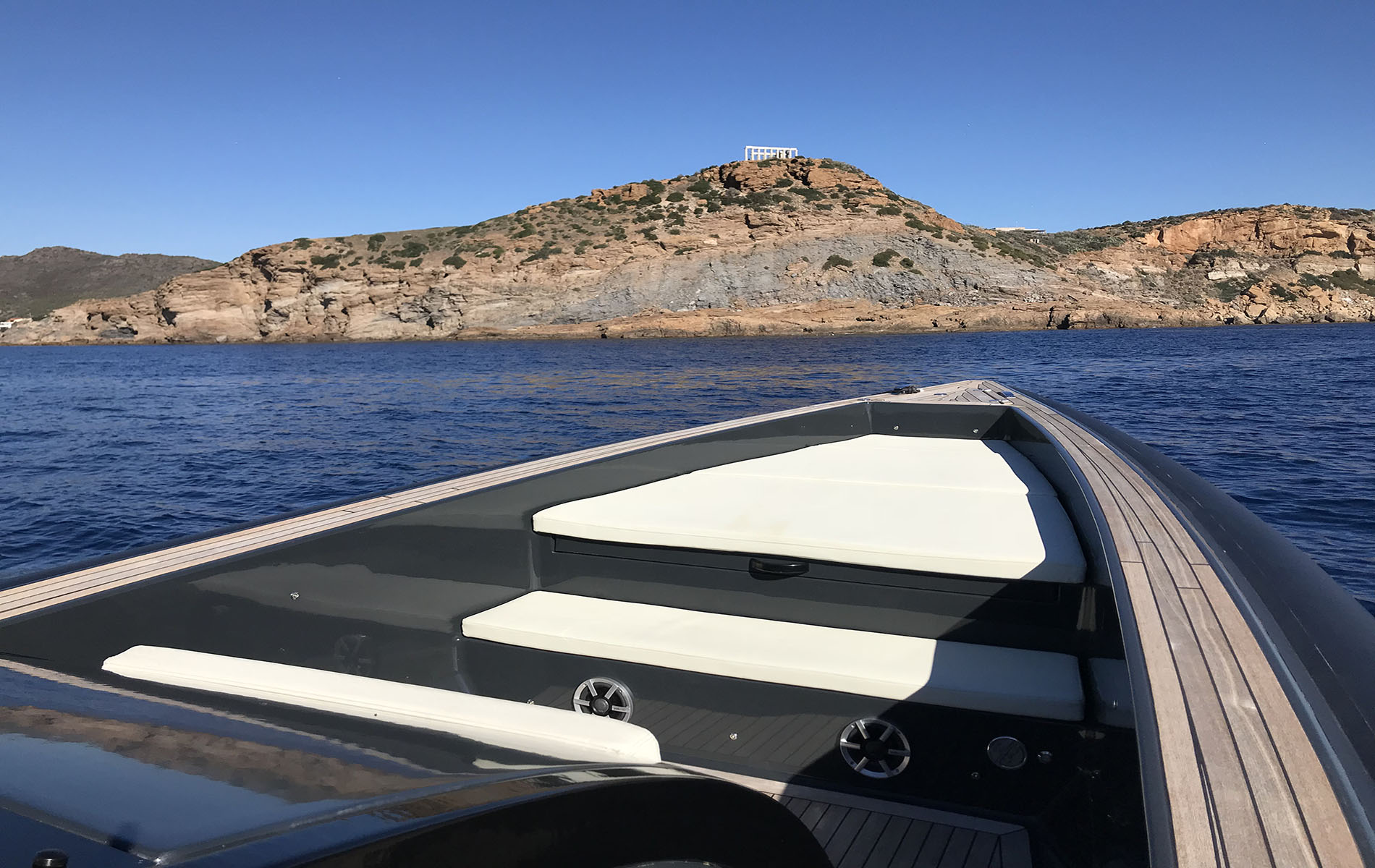 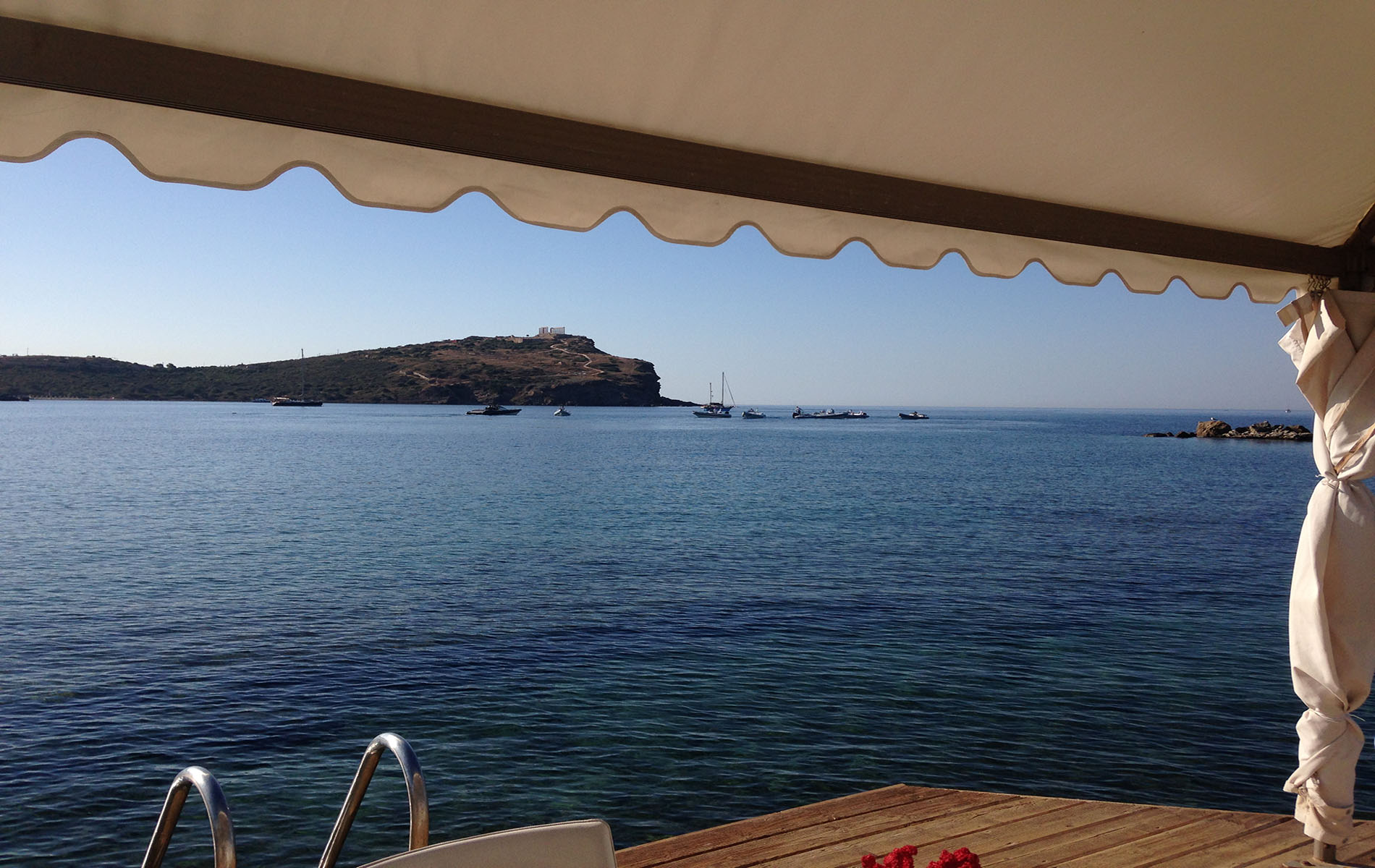 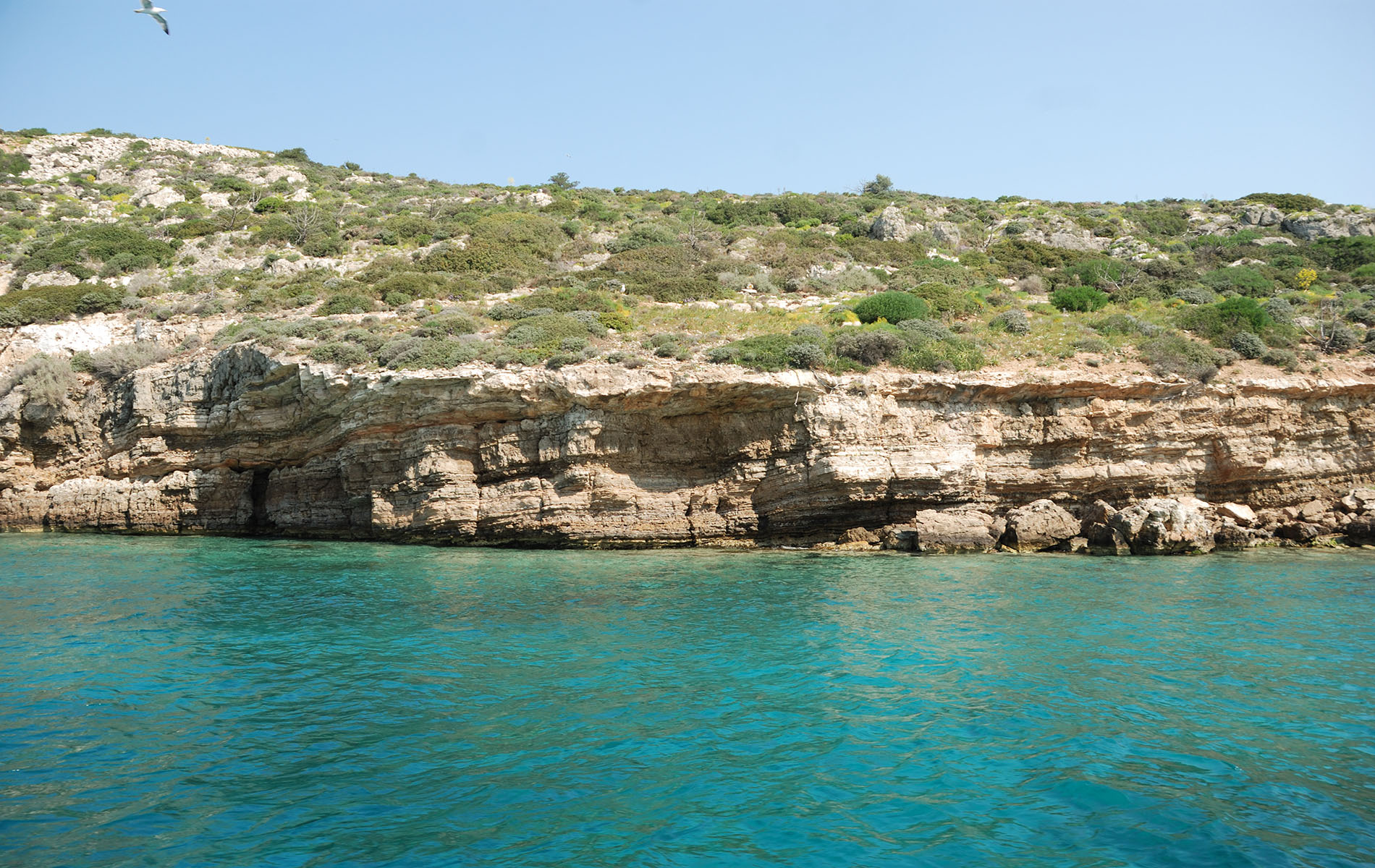 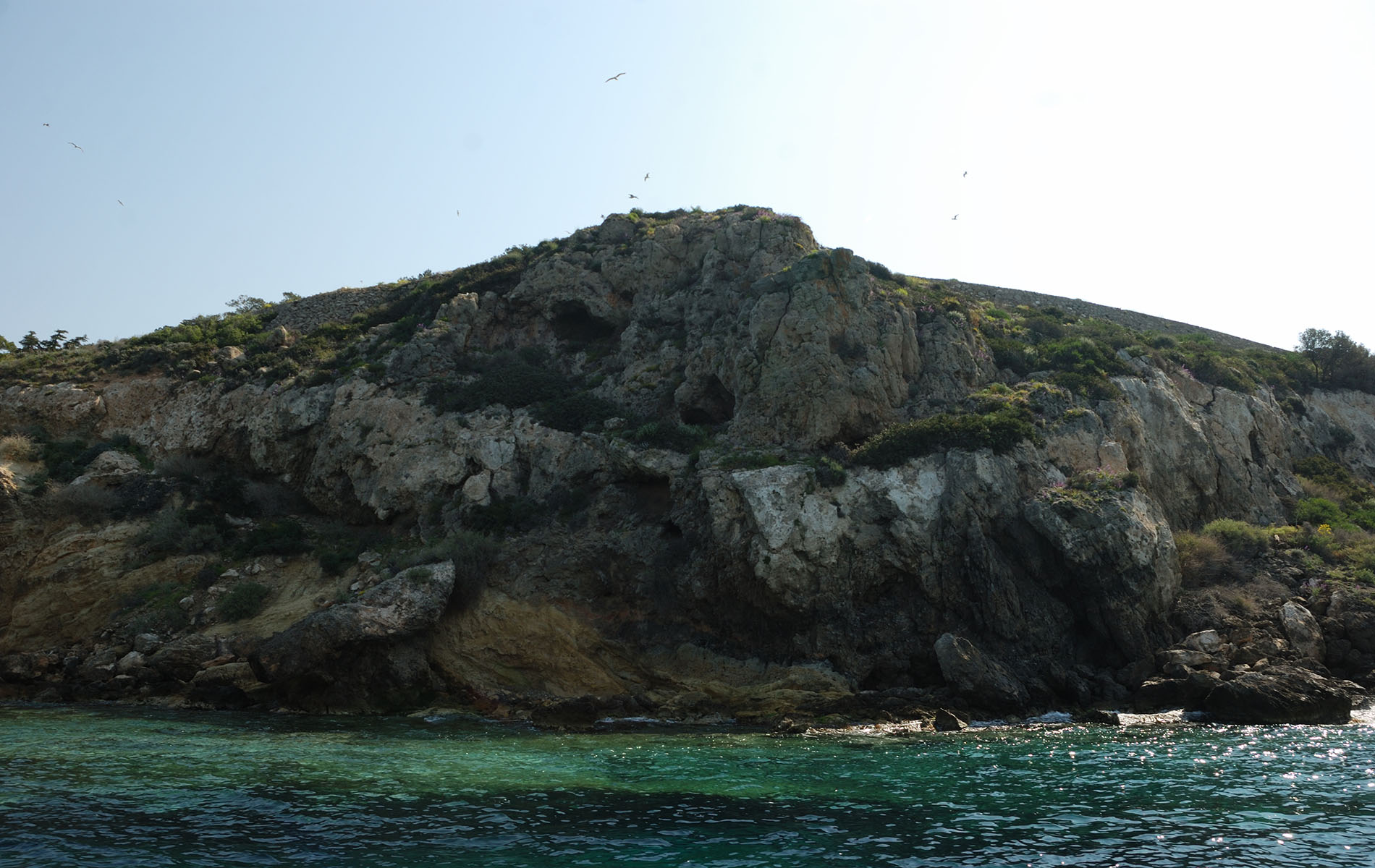 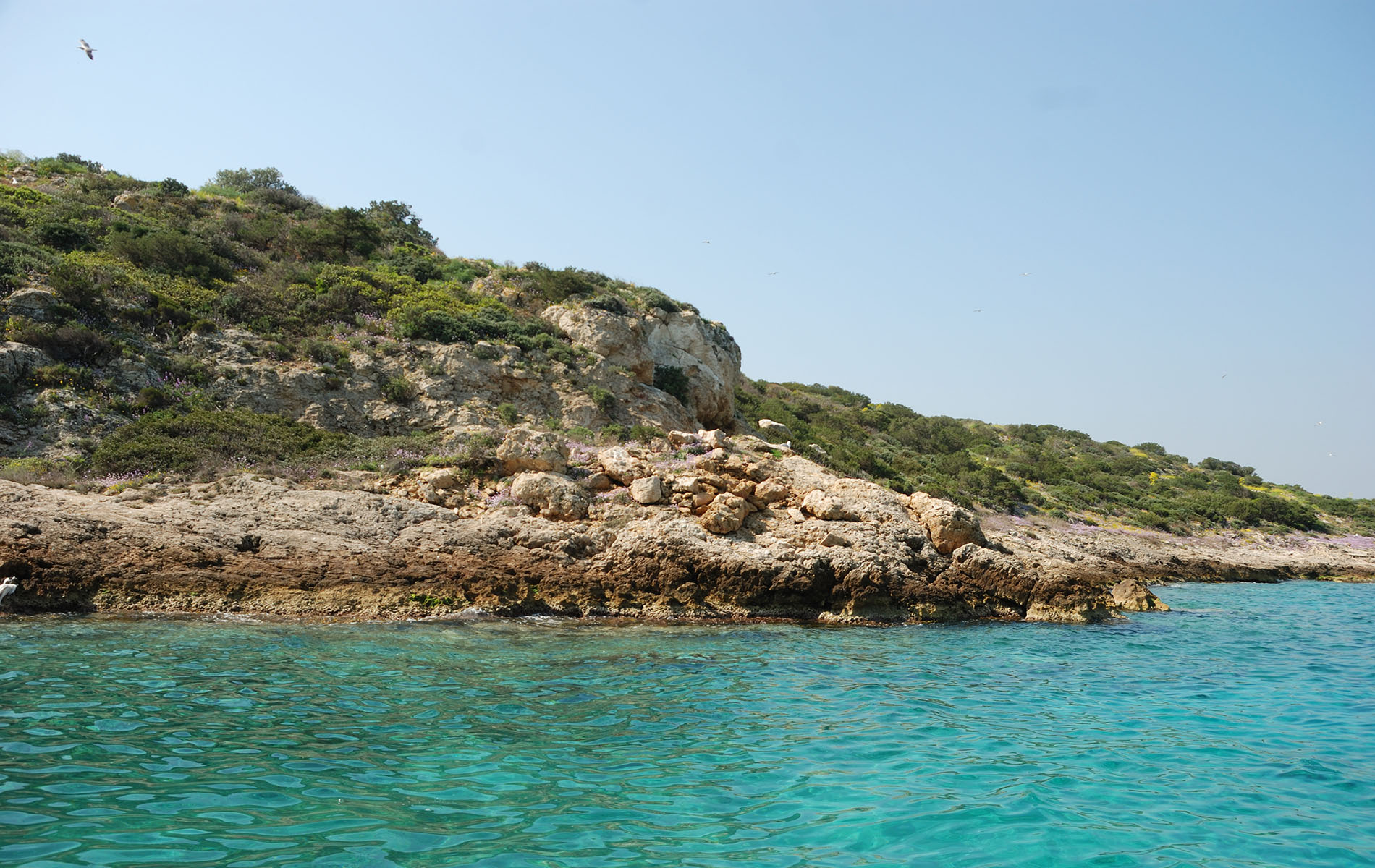 Tour starts in the morning from our meeting point in Athens Coast Line, or we could come and pick you up from your hotel, only if access to boats is permitted on the beach.

We start the cruise along the coast with a first quick stop to a nowadays military base, Fleves – a small island that rises out of the turquoise sea with its high white steep cliffs and is mostly covered with low bushes. The tour continues to Artzedas, an uninhabited island at the Saronic Gulf where is a small cave that one can visit either by swimming, snorkelling or diving. Our next destination is Patroklos Island, or else-named Gaidouronisi (means “donkey island” in Greek) – a small, private island almost opposite from Cape Sounio, a perfect place to enjoy the wild nature and peaceful atmosphere.

To continue with, we cruise straight ahead to Cape Sounio, which has been recognized since prehistorical times, as one of the most special places of worship during the Greek Archaic, Classical, and Hellenistic periods. As Mythology states, Aegeus King of Athens plunged to his death from that point and there from the name was given to the Aegean Sea.

We stop for swimming at small beaches by the coast line and in the open waters with great view of the Sounio Temple from the 5th century B.C. We anchor in distance and swim to the beach for a coffee, fruits and snacks on a close by restaurant looking at the Temple.

Sounio will be our final destination for lunch. You will be able to enjoy traditional, tasty, Greek food at the best restaurants by the sea just under Sounio Temple.

The return trip, along the coast side and straight to Athens, will provide you a more romantic atmosphere and feeling as the sun sets right in front of us. 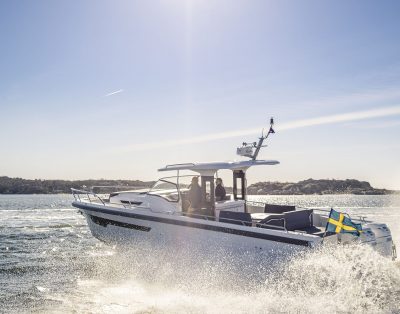 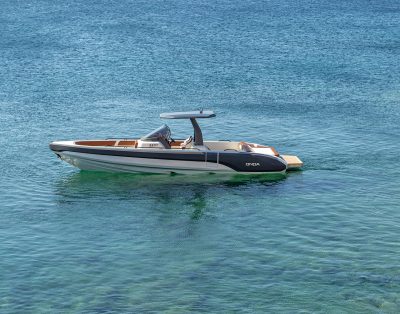